Almost every trip produces one of those characters that you know your not going to forget in a hurry.  This is what happened to us when we were first joined on the boat by Martin Bignell.  Today he was making a return visit with a few of his friends and before the day started it was a given that it was going to be a laugh a minute.  Anyway the crew today were Martin , his boss Brian – Stuart and Mike –   Nigel, Neil, Darrell and taking the 8th place on the boat was Sean. We enjoyed the journey out the wreck today more due to the fact that the chat was good and we were treated (well that might not be the right word) to a striptease from “The Body Mike” who then proceeded to cover himself in oil.  When he turned to spray the oil in my direction I made a quick retreat back to the safety of the wheelhouse. 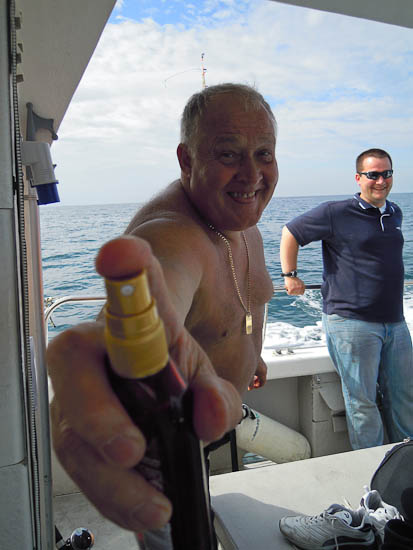 Glancing out onto the deck it was clear everyone was happily chatting and all set to have a really fun day out.  A few minutes later I noticed that one of the crew (Martin) was taking the opportunity to lie back on the engine box and grab 40 winks whilst soaking up the sunshine.  This was my chance to score the first point and so I quickly grabbed my favourite lipstick and applied a nice thick layer of red with a hint of cherry!  I have never seen a bloke get up so fast in all my life.  Was this the fear of drawing unwanted attention from the rest of the crew or had I simply chosen the wrong colour?

Ok enough of all that time to get on with some serious fishing.  Well that was the intention.  We started with a variety of different lures being used and the first of the day went to Nigel who landed a codling of around 2lb this was quickly unhooked and returned leaving Martin to step up in front of the camera first with a Bream which he caught on a sidewinder. 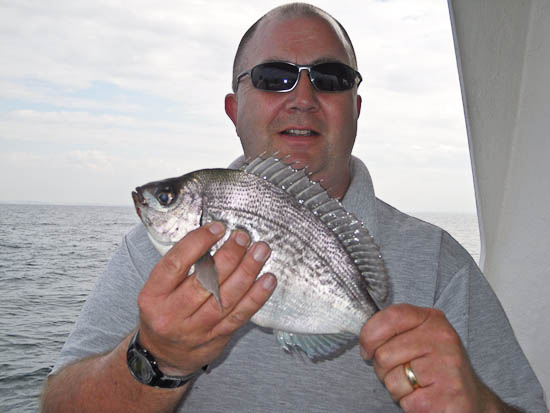 Martin I could have got away with saying that was a monster Bream but holding it up in front of that toned 6 pack sort of gives the game away.

That was about it for the action for almost 2 hours.  We hit slack water and changed to our lures to baited hooks in the hope of catching either a nice Ling or a Conger but today we were out of luck and so with a move onto another wreck and the tide starting to run again it was back to the sidewinders and shads and back on the hunt for some nice Cod and Pollack.  We had to wait yet another hour or so before we were to see the first good Cod played in but much fun was had filling “The Body Mike’s” bucket with Pouting.  I have no idea what he had planned for dinner but he certainly wanted plenty to take home with him.  It was Sean who was fishing away quietly in the corner and I am sure trying to stay out of trouble was rewarded with the first big bite of the day.  He netted this lovely summer cod which weighed in at 11lb.

With the very next drift we saw 4 lovely Cod played in.  Nigel and Darrell netting the first two on the back of the boat. 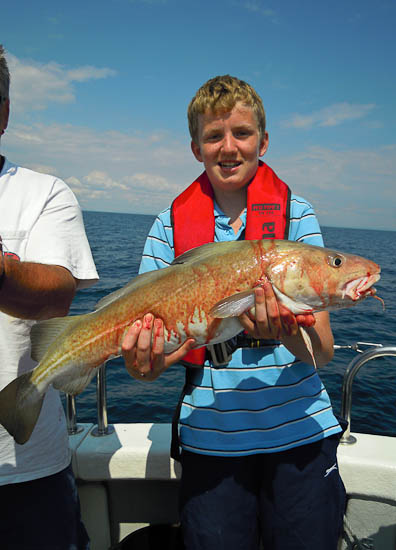 Sean with another doubler. 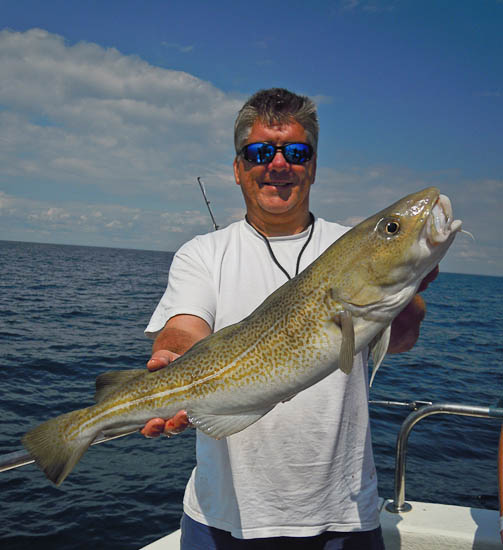 Followed by “The Body Mike” who landed his first ever Cod. (well that’s what he told us)  Not wanting to get his hands dirty holding the fish for a photo Martin kindly stepped up to the camera so the fish was recorded forever on film. 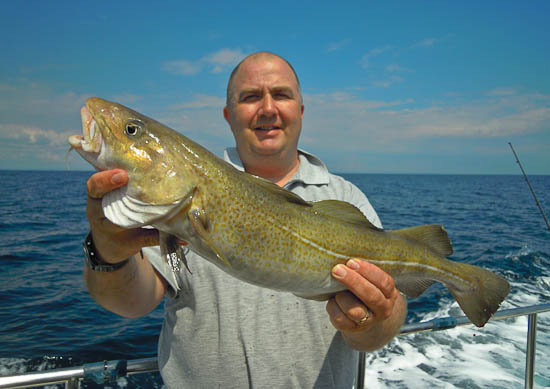 With another 20 minutes of quiet time we had another brew, devoured the chocolate biscuits and even had time to check out those special little thing that anglers like to carry in their tackle box. 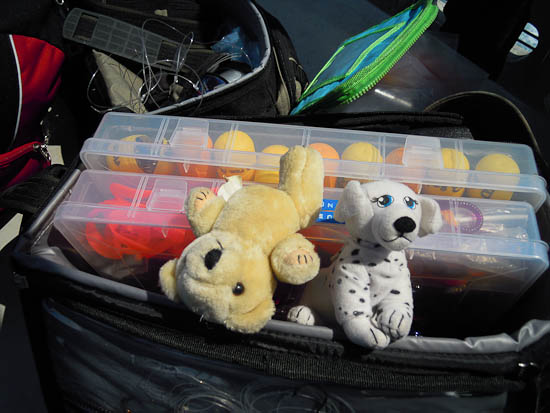 Back to the fishing!!!

It was time for some nice Pollack and as Nigel was reeling in this lovely fish Neil was taking his time with the biggest Pollack of the day.

A really nice fish that was made to look tiny when Neil’s weighed in at just a little over 15lb.

With that lovely big Pollack it was time for more cod and lots more banter.  Were we all mad today or can we blame a little of it on the sun?    ermmmmmmmmm No I think its safe to say there was a boat full of mad people.  Sean came good with the first good sized Cod of the day and was also about the play in the last good sized Cod too.

The biggest Cod today at 14lb

Brian didn’t manage to get himself a cod today but after just winning the battle with anorexia he was cool with that and really enjoyed the day out.

It was soon time to head back so we used the time well to gut and fillet the fish. 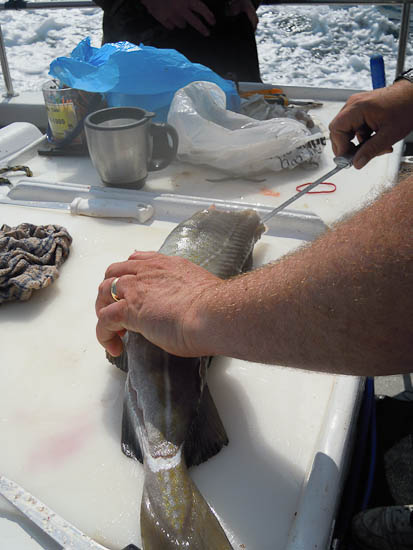 Another great one guys – can’t wait to do it all again soon.